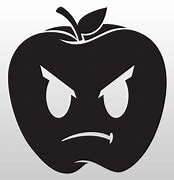 According to Webster’s, a “bad apple” is “a member of a group whose behavior reflects poorly on or negatively affects or influences the remainder of the group.”  Of course, the best way to deal with a bad apple is to separate it from the others, before it rots the whole bushel.

In the Army years ago, we dealt with bad apples by giving him a “blanket party”.  That happens when the bad apple is asleep in his bunk, and four guys throw a blanket over him, including his head, with each guy firmly holding down the corners.  Then a fifth guy sits on the chest of the bad apple and punches the bad apple’s face enough to get his attention.  It was remarkably effective.  During my time, we only had to do that twice.  In the first case, the bad apple immediately transferred out to another unit, which was fine.  In the second case, the bad apple stood before the whole platoon the next day and apologized.  He was never a problem again.  I know, this was extra-judicial or even vigilantism, but it worked.

I think about blanket parties when I look at the policing problems in our country today, where 95% of police officers are good & decent public servants and whose reputation is getting trashed by a few bad apples.  Maybe, blanket parties are too extreme in today’s world, but there must be other more-passive, more socially-acceptable measures.

If police unions will not permit identification and removal of the 5%, I hope the 95% will.