Cost of a Strong Dollar

With the U.S. being the only nation that is actually raising its interest rates, it is not surprising that foreign savers are buying dollars, to move their savings and take advantage of the higher rates here.  However, the dollar has increased almost 5% over the last year, making dollars more expensive for foreigners to buy.  So, expect foreign inflows to decrease.
A strong dollar, that makes American-made products more expensive for foreigners to purchase and import into their countries.  Not only do those higher prices increase their level of inflation, it reduces our exports, which is a bad thing for us.
Since a great deal of foreigners’ debt is dollar-denominated, that means foreigners must use an increasing percentage of their income to buy enough dollars to pay those loans.  That is true for governments, businesses, and a surprising amount of home mortgages. 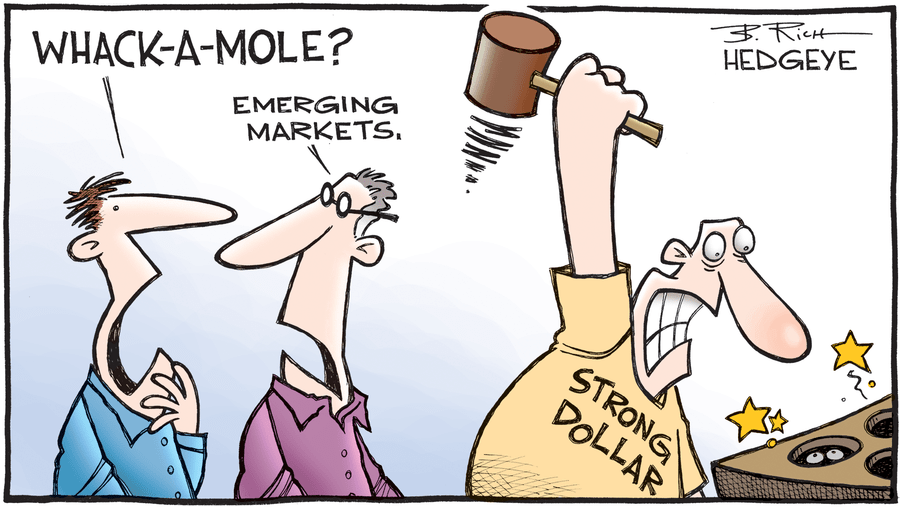 One warning for U.S. investors is that all this becomes a “witch’s brew” of inter-connected problems.  Which nation has the right combination of decreased spendable money with current credit needs and rising inflation?  Somebody is going bust, but who?
It has been a long time since I have been this bearish on emerging markets, but that just means a buying opportunity is approaching.