There was only time my love of country trembled.  That was October 20th of 1973.  It was a Saturday and one of those rare nights that I took my wife out to dinner.  When we got home, there was breaking news that Attorney General Elliott Richardson had resigned. Coming in the midst of the Watergate scandal, that news was ominous, and I suspected more news would follow.  When I later heard that the Deputy Attorney General, William Ruckelshaus, had also resigned, I knew bad things were happening to the country I loved and broke out a bottle of Bushmills.  By the time, it was announced that the special prosecutor Archibald Cox had been fired, I probably had tears in my eyes.  Was America the Beautiful just another over-rated banana republic?  Did I fight for a banana republic?

Sometime in the wee hours and halfway through the Bushmills, I needed to get outside and took a walk, soon finding myself by the local lake, sitting on the ground.  While I’m sure my eyes were at least moist, I remember seriously debating whether it would be necessary to fight for this country again?  Surely, the Bushmills was talking, I  guess.

After sleeping it off and taking two aspirin, I sat in the morning sun and realized that America would survive Richard Nixon and that America was still worth fighting for. 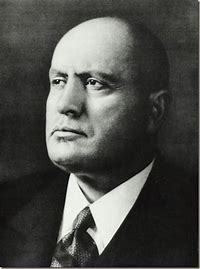